What will happen in the next 48 hours? - Malaysiakini

The constitutional crisis in Perak looks set to deepen tomorrow with the 10am emergency sitting of the state assembly called by speaker V Sivakumar.

The sitting is convened with the twin purpose of showing support for Pakatan Rakyat’s ousted Menteri Besar Mohamad Nizar Jamaluddin as well as to seek the dissolution of the state assembly.

Sivakumar has not invited the BN menteri besar, Zambry Abdul Kadir, and his six exco members for the crucial meeting. Invitations were also not sent to the three former Pakatan representatives, who are now BN-friendly independents.

The two motions to be debated – and expected to be passed by the 28 Pakatan representatives – will mean the new BN state government will come to a quick end, in less than a month since its inception. 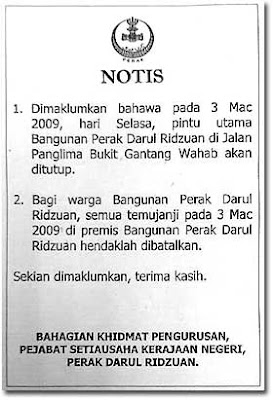 Posted by NikHassanAzmi at 7:05 PM 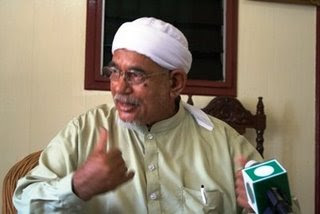